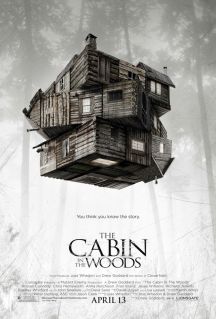 There is nothing more annoying than a movie critics lose their minds over that actually stinks. They all say CABIN is great because its fun and original. Just because a story is original does not make it good. I am still stunned at the lameness of the whole thing. It’s plays like the very long setup to a joke with a punchline that not only disappoints, but also takes the fun out of what could have been. You think the kicker must be something more clever than whats coming because EVERY CRITIC DRANK THE KOOL AID AND TOLD US THAT! Don’t believe it…Joss Whedon can normally do no wrong But now it makes complete sense why this sat on the shelf for three years. Not because MGM was going under, because they actually had brains. If it gobbles like a turkey and looks like a turkey guess what? Pass the gravy.